McDonalds - I love their straws and their Coke 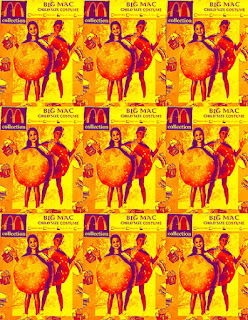 My theory is that the fatter straw allows more CO2 to get to you with each pull (bigger bubbles), which changes the texture of the Coke, and also plays into the salty flavor that I detect. Sometimes I can almost taste another spice in McD's coke, it's almost an indian cinnamon taste, I'm pretty sure that the Coke formula isn't tweaked for anything (such as geographic regions), but the fountain formula is definitely different than the bottled formula. I'd be surprised if McD's had their own slightly different formula, but I wouldn't be shocked -- McD is a financial powerhouse.I also have a theory for the reason for the fat straw, which is that it allows you to drink faster, which increases the chance that you'll finish your drink before the "full" signal is sent, increasing the possibility that you'll want more (more Coke, or more food, whatever). Whether you buy more or not is almost beside the point -- you'll remember that desire, which will weigh in McD's favor in the future. In anycase it is obvious thank McDonalds has superior COKE and superior Straws. Also the styrofoam container keeps my drink cold.

So here is what got me thinking about McDonalds. The great straws. I think the new era that we are all living in began when McDonalds introduced their superior straw. You will notice that it is larger in diameter than other peoples straws. Once you get used to a McDonalds straw you will not want to go back. Let's face it, we are a people of straws. We all love them and in fact our modern life would not be so modern if it were not for them.

Great blog all about McDonalds from the customers point of view:
http://mcchronicles.blogspot.com/

Posted by Chad
Email ThisBlogThis!Share to TwitterShare to FacebookShare to Pinterest